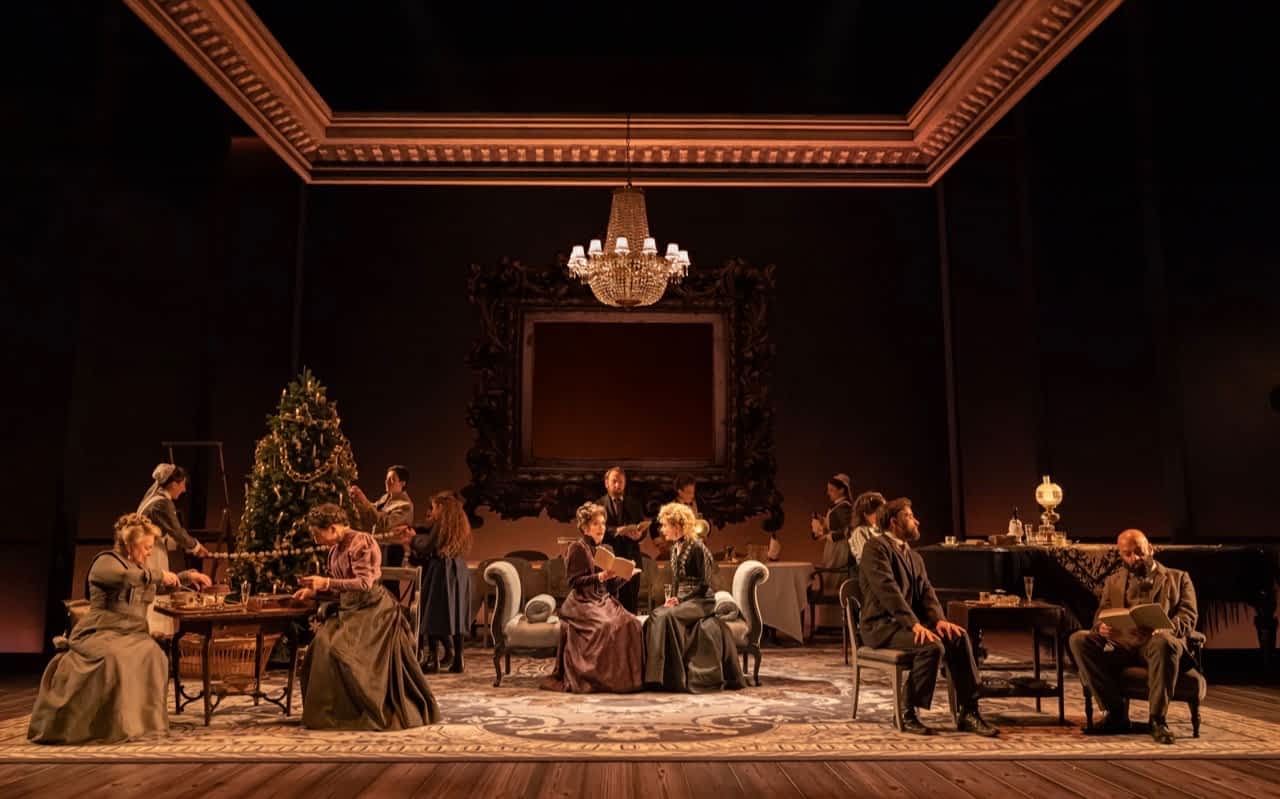 Another great mix of shows this month, with Tom Stoppard’s first new play in five years, an update of Ibsen, and a Samuel Beckett revival at the Old Vic, as well as three more recent plays in smaller London theatres.

Leopoldstadt by Tom Stoppard, Wyndham’s Theatre             (28th February) Feature photo above
Tom Stoppard’s new play is an ambitious work of history and ideas, which is never less than intellectually stimulating if only partly successful as drama. The play’s title is the name of the Jewish district in Vienna, and the play covers the fortunes of an extended Jewish family through the cataclysmic decline of the Austrian empire in a series of scenes ranging from 1900 to after the second world war. This history is a fascinating and shocking one, encompassing Austria’s loss of empire and wealth after the first world war to the horrors of the Anschluss in 1938. The historical sweep serves to underline one of the central themes of the play – the fact that Jewish identity and prejudice are inescapable whatever the place or time. The opening scene in 1899 reminds us that such institutional prejudice was not invented by the Nazis but was built on centuries of extreme practical discrimination. The family patriarch, Hermann Merz, is a successful industrialist who seeks to assimilate himself into Vienna’s gentile ruling class. There is a lengthy debate in the first act about the principles of assimilation, Hermann believing in his qualifications through both wealth and culture, which of course proves to be a doomed strategy for him and his family. The extended political dialogues in the play are interesting but inherently too expositional and undramatic. The play is at its most powerful when at its most personal: when Hermann discovers he has been cuckolded by an Aryan Austrian officer who is a member of the very clubs he seeks to join; when in 1938 the Nazis round up the family to send them to the death camps and usurp the family home  – in a scene reminiscent of the same story of pillage that befell in Edmund de Wall’s banking ancestors in The Hare with Amber Eyes; or when Herman’s grandson, Leo, a writer who escaped to England as a child returns to connect with memories and realities of his Jewish heritage. The latter is based on Stoppard’s own story, his having fled Czechoslovakia as a boy in 1938. He only discovered the truth of his Jewish origins later in life, including the loss of his grandparents, aunts, uncles and cousins in death camps. The final tableaux in the play when the fate of the family members who died in Auschwitz is confirmed is a heartbreaking memorial to those that perished. 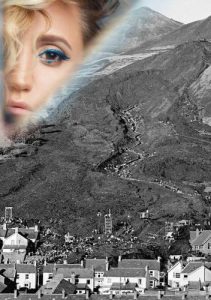 The Revlon Girl by Neil Anthony Docking, Teddington Theatre Club (24th February)
I first saw The Revlon Girl in Edinburgh three years ago, and was completely devastated by its understated portrait of the grief of mothers who had lost their children in the Aberfan mining disaster of 1966. The play is based on a true story where several of the grieving mothers arranged a visit from one of the make-up company’s sales reps to help them restore some of their personal pride. A cast of only four women stands for the mothers of the 116 children who were in the village school that was buried by the avalanche of coal slurry on the morning of 21st October 1966. The individual stories and characters of these mothers, and how they are coping in their various ways with their grief are gently and expertly revealed. Even with their sharp Welsh humour there is no resisting the pain of their heartbreak. Nor is there avoiding the outrage – the village had been sending warnings to the Coal Board for several years before the inevitable event – at the obfuscation before the event and the lack of accountability afterwards. When I first saw the play the  tragedy of Grenfell was fresh in our minds, reminding us that such tragedies and collective venality can, and will, always happen again. The amateur cast at Teddington do fine justice to the huge power of this wonderful little play. 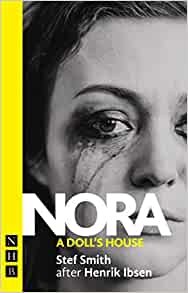 Nora – A Doll’s House a new version of Henrik Ibsen’s play by Stef Smith, Young Vic (20th February)
A Doll’s House is a play whose message and impact have reverberated over the 140 years since its debut. It is a play that has been revived more often than almost any other in the history of drama, and it still challenges contemporary playwrights and audiences with its portrait of a woman defying the constraints of her role as a wife and mother. Nora’s shocking act of desertion of her husband and children became an iconic feminist statement, a label Ibsen himself in fact disavowed. A number of writers have sought to adapt or update the play in an attempt to highlight its enduring relevance. Stef Smith creates three different Noras from three different time periods a hundred years apart: one in 1918, the world in the grip of war and the women’s suffrage movement gaining pace; 1968, the era of the contraceptive pill and freer love; and 2018, the age of austerity for many families. Smith retains Ibsen’s plot and characters, updating the means by which Nora secretly borrows money to maintain the household, and interweaving the single story over the three time periods with three ever-present actresses playing not only the multiple Noras but also her returning friend Kristina. There is tripling up by the male actors as well, all of which is clever but also at times confusing, and the changing identities ultimately dilute the emotional impact of each of the individual stories and the central relationships. Smith also occasionally over-eggs the messages with clunky exposition about the social world of the successive periods, and most egregiously with an unnecessary coda where the three Noras break the fourth wall and issue a feminist call to arms. The original play remains as powerful and relevant as ever, without the need to gild its lily. 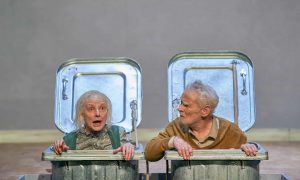 Endgame by Samuel Beckett, Old Vic (14th February)
We focused recently in my playwriting course on the power of images both as potential sources for plays and for creating visual meaning for audiences. I was reminded about how effectively Samuel Beckett created startlingly memorable and telling imagery in the theatre by the several stark tableaux that are struck in Endgame. The figure of the blind Hamm fixed to his throne-like chair in the centre of the stage; the unnaturally high windows in the rear wall that Clov can only reach with a step ladder; and of course famously the heads of Nell and Nagg protruding from two dustbins downstage right. Beckett’s stage directions were notoriously specific because the images themselves establish the bleakness of his philosophical landscape. Although the prospects for the world and its characters appear without hope or faith in his play, there is still some joy to be had in the rhythm of his language and its black humour. This production is funnier than one might expect, and possibly than Beckett himself would have approved of. Alan Cumming as Hamm milks everything he can in his high-pitched suffering. Daniel Radcliffe as Clov does an effective comic turn with his wind-up movement and slapstick antics in the mode of silent cinema. Most of all, Karl Johnson and Jane Horrocks almost steal the show from their dustbins, catching not only the despair of their cruel position, but also the poignancy of their enduring but hopeless affection. The play has a number of passages of bleak poetry, and feels sometimes detached and distant, but the philosophical portent is never less than provocative, and there are moments of real sorrow for the characters’ hopeless predicaments. 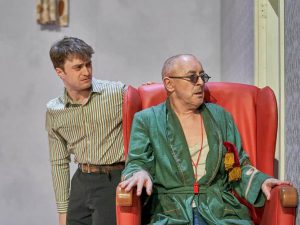 As a footnote I was intrigued to discover when dipping into James Knowlson’s biography of Beckett that the Lord Chamberlain initially refused to allow the first English production of Endgame to proceed at the Royal Court in 1958 because they objected to Hamm labelling God a “bastard” when he fails to respond to their prayers. It was eventually allowed to go ahead when Beckett reluctantly replaced “bastard” with “swine”. One wonders if the censors hadn’t missed the whole point, as Hamm goes on to say “He doesn’t exist” anyway! It is hard to credit the pedantic concern for this semantic point in the context of Beckett’s overwhelming theatrical vision. 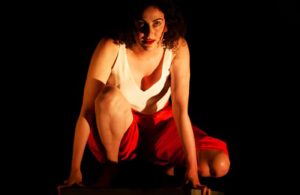 Collapsible – by Margaret Perry, Bush Theatre (11th February)
I first saw Collapsible when it premiered at the Vaults Festival a year ago. It has since been to Edinburgh and Dublin and now returns to the Bush in London. It is a perceptive piece of writing, full of humour from its sharp satire of professional and personal postures, as well as the intimate pain of our psychological fragility. The thread of the protagonist asking friends and family for concise words to describe her is a literal search for certainty about her identity. A certainty that is collapsible at any moment. Breffni Holahan reprises her award-winning performance, her exaggerated smile ineffectively disguising her turmoil and unhappiness. 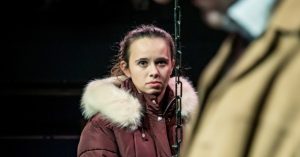 The Sugar Syndrome – by Lucy Prebble, Orange Tree Theatre (7th February)
A revival of Lucy Prebble’s first play which premiered at the Royal Court as long ago as 2003. The play is partly set in the newly emerging world of dial-up internet and online chatlines, and while this now seems quaintly dated, the challenges of reconciling digital and real-life identities and relationships are as relevant and poignant as ever. Seventeen-year-old Dani makes contact online with two other lonely hearts: one a 21-year old boy looking for sex, love and respect, and a 40-something convicted paedophile who thinks Dani is an 11-year old boy. Although the subject of paedophilia is now less hidden than when the play was first seen, the close portrait of a man who is socially ostracised and wrestling with the demons and temptations of terrible acts remains disturbing. The clumsy attempts by Dani’s mother to reach across the generation gap to understand and support her defiant and defensive daughter are timeless and heartbreaking. Jessica Rhodes gives a startlingly vivid performance as Dani, her restless physicality exposing her mental anguish and the schizophrenia of both child and nascent woman caught in the chrysalis of adolescence. Prebble wrote this when she was just 22 – she has gone on to write major works Enron, The Effect, and A Very Expensive Poison – and although many of the critics have suggested this play has the weaknesses of juvenilia, this was a very impressive and provocative piece of theatre.